Morgan’s tender and human-centred approach to her work helps her push through moments of fear, self-doubt, and snarky internet trolls. 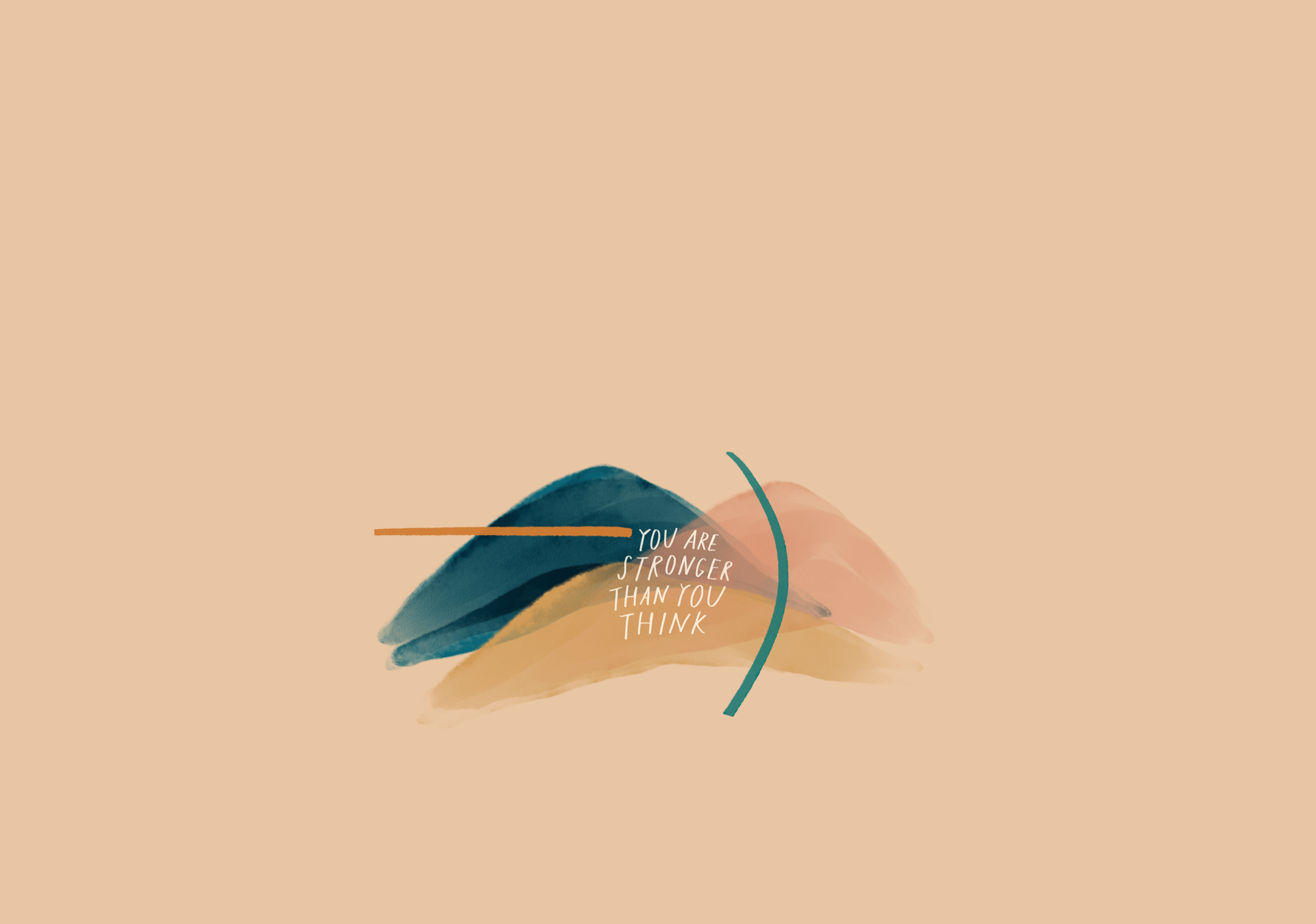 A creative career takes courage; there’s no map to show you the way. As a child, Morgan wanted to be an artist and a writer when she grew up, but she later pursued a ‘real job’ because dreams don’t pay the bills. (Or so she thought). Today, Morgan is a full-time creative with a triumphant story to tell.

Most of Morgan’s work is inspired by individual stories that people send to her, but her message uplifts many, and her organically-grown Instagram following of almost 800k illustrates this.

She has worked with publications and brands including Coach, Darling Magazine, Esquire Singapore, Jungalow, and more. She has been featured on social platforms for Teen Vogue, Refinery 29, Hello Giggles, and SoulPancake. And her debut book ‘Storyteller’ is a #1 Amazon Bestseller in Inspirational Poetry.

"There’s one central theme in all that I do,” says Morgan, “We all have a need to feel heard, to feel seen, and to see ourselves reflected."

When Morgan was younger, she loved to read the National Geographic, “I would draw the people, or try and imagine what the kids were eating for lunch, and draw their meals. It was my way of feeling connected in the world; people’s stories,” says Morgan.

Social pressure lead Morgan to a traditional college where she graduated with a degree in English. She got married, bought a house, and got a stable job as a college admission counsellor. But when her position moved to another town and she was asked to relocate, she and her husband didn’t want to pack up shop.  “That was a huge moment because we lost a lot of security,” says Morgan.

To keep the ‘money’ boat afloat, Morgan toured as a singer-songwriter with her sister, Jamie Grace. Having grown up in a musical family, this came as second nature to Morgan.“It was fun,” she says, “but I still felt like I should have a ‘real job’.”

While on the road, Morgan used the Over app to create announcements for concerts, and to advertise her sister’s online store, “It’s been such a huge part of my journey,” she adds.

“In November 2016, I felt like everything was falling apart,” remembers Morgan. “So, I wrote a poem, and I posted it on Pinterest. A few months later, I saw that the poem had been re-pinned over 100 000 times!” A huge defining moment, Morgan realized that what she was saying is what people were wanting to hear, and how she was feeling was how others were feeling too.

“I rediscovered that I am an artist,” says Morgan. “Yes, it comes with uncertainty, and yes, it is not like a regular job that I thought I was going to have. But it’s what I’m supposed to be doing.”

Still, Morgan had no idea how she was going to turn this into a full-time job.

The idea came to her on October 17th, while gazing out the window at her parent’s house. “I truly believe it was many things in my life that culminated at that moment, and I was like ‘Oh! It’s people’s stories, one by one.’ I posted this in an Insta Story, and I’ve been doing it ever since.”

We asked Morgan what the greatest threat to her confidence is: “Myself,” she laughs. “Sometimes I’ll hear myself say ‘This is the worst poem I’ve ever written,’ or ‘Wow, this is so ugly’. Then, I just read that person’s story again, and I’m like ‘You know what? This person is not looking for me to say the deepest thing I’ve ever said, they just want to be reminded that they’re not alone.’ That’s the big picture that I try and remember when I get too in my head.”

“Actually, the poem that I shared that night in November, at first, I was going to post it on Instagram, but I chickened out and chose Pinterest because I don’t know many people there,” admits Morgan.

I still feel a little bit scared every day, but I’ve learned to have a healthy dose of this fear now, I see myself pushing past it. I’m always working on this, actually.

On the subject of ‘haters’ on the internet, Morgan laughs: “It’s impossible for everyone to like my work, that doesn’t bother me. But, if someone insults my followers, then I get ticked off, and I speak out. The people who send me their stories don’t expect my art to fix their lives, they just need some encouragement. So, I speak out because I hope that we can encourage more understanding and empathy on the internet.”

In closing, we asked Morgan to share some practical advice for fellow creatives wanting to establish themselves: “Just put your work out there” is what she recommends. ”When I started sharing my poems, people came to me for different ideas, and I was like ‘Wow, do people get paid for that?’ It took other people reaching out for me to realize that people would pay for my work. I recommend just putting your work out there, testing the waters, and committing, ‘cause it takes time!”

It brings music to our ears to hear that Morgan uses Over to create some of her artwork. We love Morgan’s work, so we asked her to create a graphic pack to inspire you on your creative journey.

Morgan creates beautiful designs in Over. You can too.

Musonda Kabwe is the latest artist to create customized graphics for Over – available for you to use right now!

We're celebrating Women's Month in South Africa by commissioning artists to create authentic graphics for you to share your message.

We're celebrating Women's Month in South Africa by commissioning artists to create authentic graphics for you to share your message.

Personalise a professional design in minutes.

Download Over on your smartphone, and get instant access to thousands of curated templates, graphics, photos, and fonts. 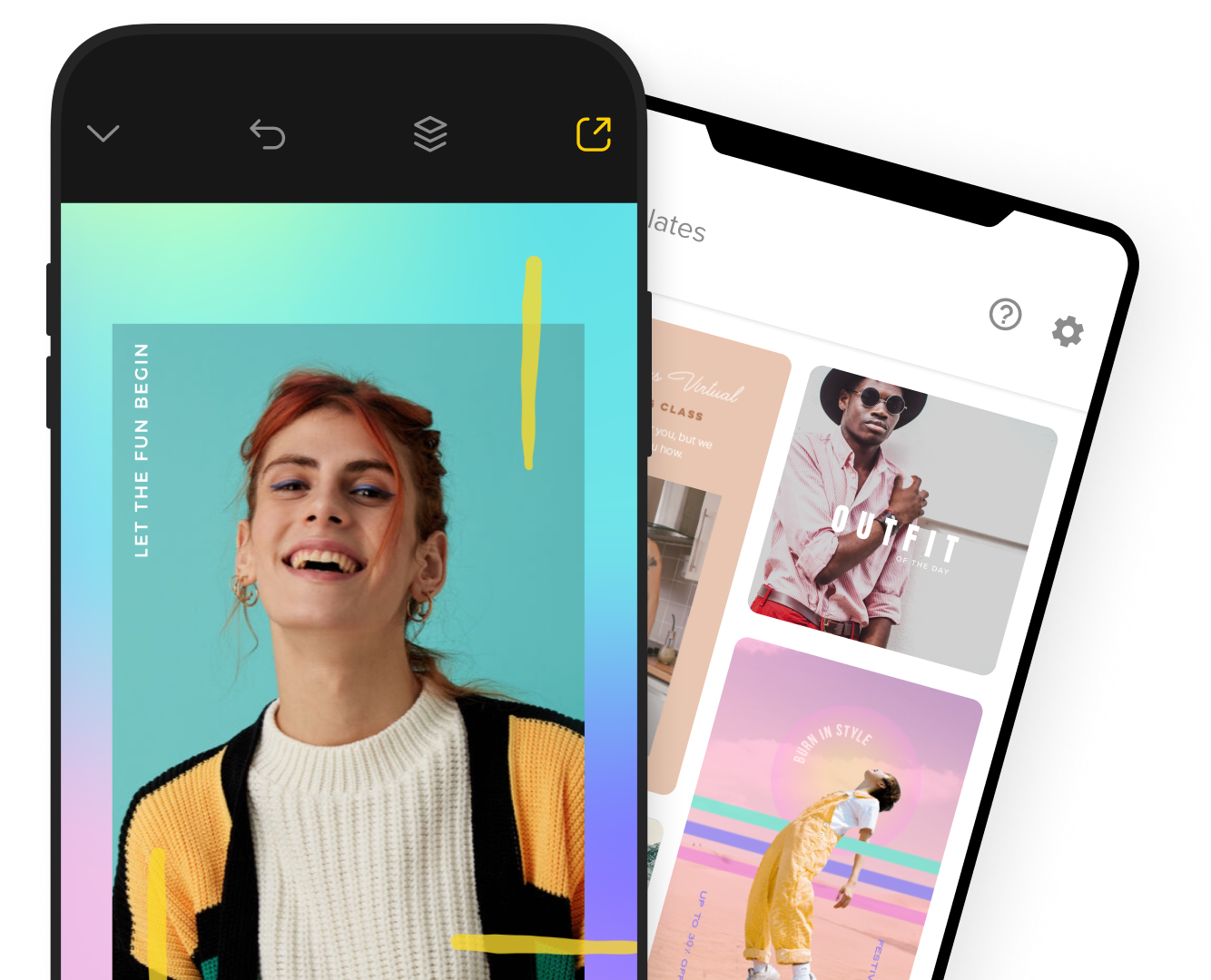